Have I mentioned I love a challenge?
​
I do.  And I don't.  I may have revealed before that among my usual straight-forward orders, I get the occasional curly one.  One that makes me say "wow, what an awesome thing to be asked to make" that also makes me freak out because it's out of my comfort zone, and therefore puts me in a "well, yes of course I have to, because how can I not" mode.

This was the case of the frangipani order.  Among other things, the order started off with a little confusion due to me being rung at the height of an awful cold that had turned my brain to mush. Followed by confusion involving several phone conversations with the customer's rather delightful mother with whom there had, it appeared, been some accidental email crossover (not identity theft as we originally thought!), and who knew nothing about any glass frangipanis, let alone for a headstone.

Anyway, at the stem of it (see what I did there?) the inquiry was to make a set of glass frangipani flowers for a headstone.  Just quietly - eek.

But way back when I used to eat cereal (I'm very much a toast girl, thanks very much), I must have got some tenacity in my weetbix box, because, of course, I said yes.  And then, I rose (frangipani-d?) to the challenge.

A couple of years ago I decided to no longer make jewellery as I couldn't be doing with the "fiddly" stuff.  This very much reminded me of why I'd decided that!  But I persevered.  I started cutting by hand - with the petals of the smaller flowers being less than 2cm in length - that was not the go.  I hauled out my trusty old saw - ahh, there we go - progress! 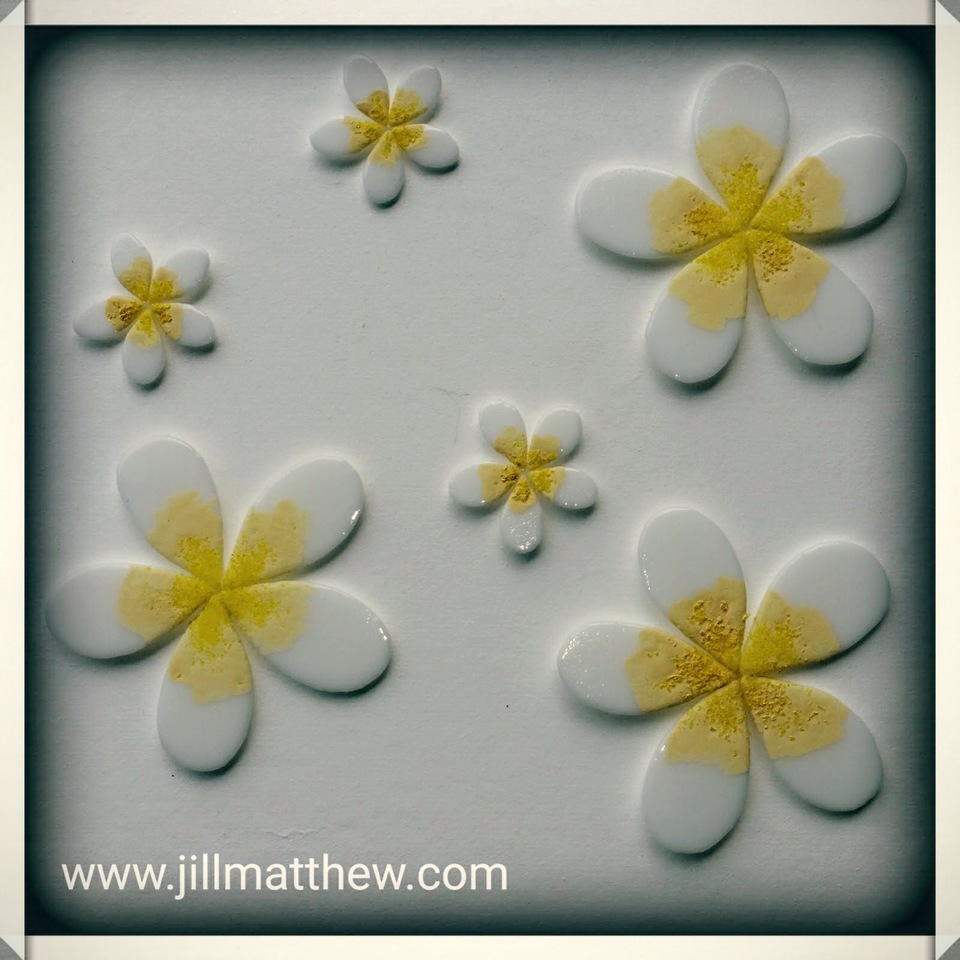 Soon, the eleventy-hundred petals (ok, 30) were happening!  Once all cut, ground and assembled we were all go.  Three firings later and we had finished frangipanis. 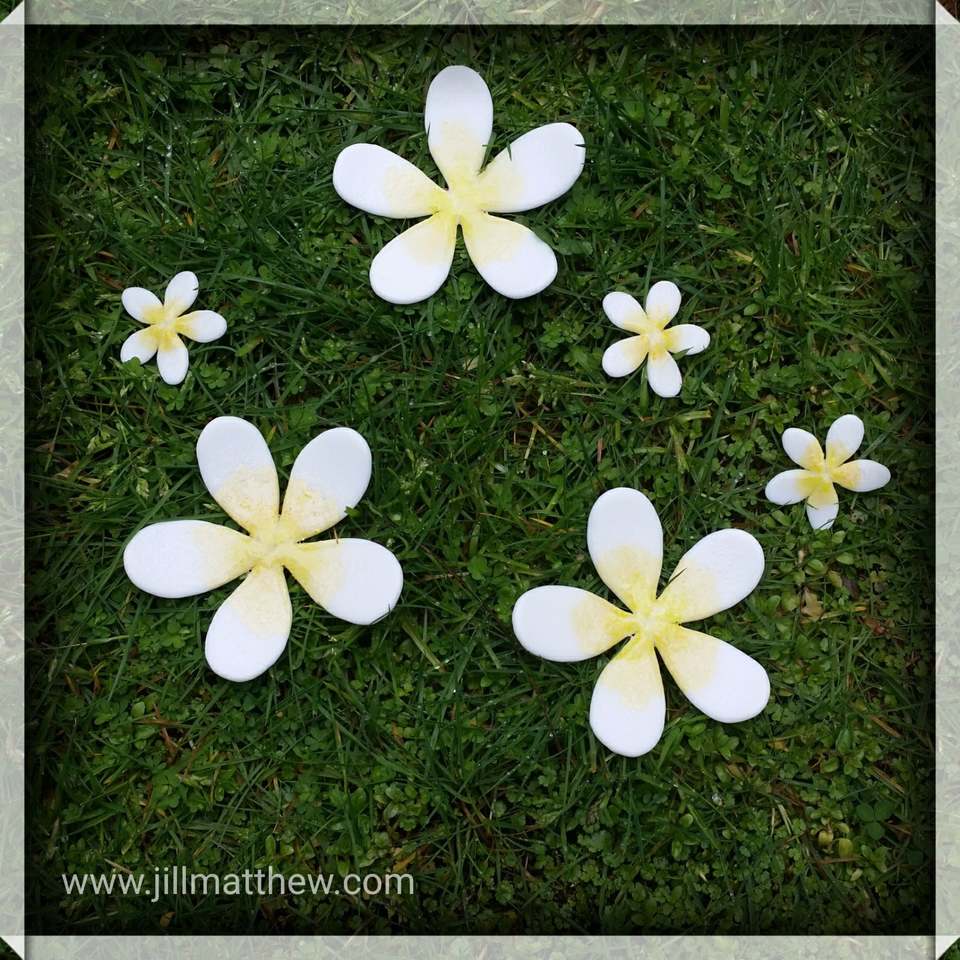 I texted my client a picture today before I couriered them - sight unseen she's very happy which makes me feel pretty chuffed, especially for an order with as much meaning as this.