the day I pimped a stranger's kitchen - part one

"Is there any chance you are able to do splashbacks for the kitchen?"

I thought it was a joke.  A total stranger asking lil ol' me to make them a kitchen splashback? Especially as the total stranger was going by the majestic name of "Wakalouie Waka" - yep, that had to be a joke.

However, after some gentle probing, it appeared to be an real, honest-to-goodness, I'm-actually-going-to-have-to-put-my-big-girl-pants-on, enquiry.

And so, Project Splashback was born!

Yvette's kitchen before...
At the time of the enquiry, I had my smaller two kilns with a shelf size each of 35cm square.  It was lucky that Massive Margo was in the early stages of morphing from dream to reality.  Although she was months away, having a kiln with the girth of Margo meant I could, in fact, produce something the size of the coveted splashback!

Once that was established, it came down to design.  Now Wakalouie Waka, whom it transpired was actually an Yvette, was the most amazing client you could ever wish to have, especially for a first foray into the world of fused glass splashback production.

The only problem was the brief.  As in absence of one.

"We'll go with any style you think would look good. I'm very eclectic, hence why I want a fused glass splashback."

You would think that a description like that would be a dream!  Uh uh.  This actually made it pretty tricky for the perfectionist in me to decide what to do!  A quick telephone call that turned into a long chat later, and we had narrowed it down to "shades of green with pops of colour, and texture, and brightness" - ahhh, now we were getting somewhere!  It was also very clear by now that the easy-going Yvette was quite a fan of different and really wanted a show stopper of a splashback. 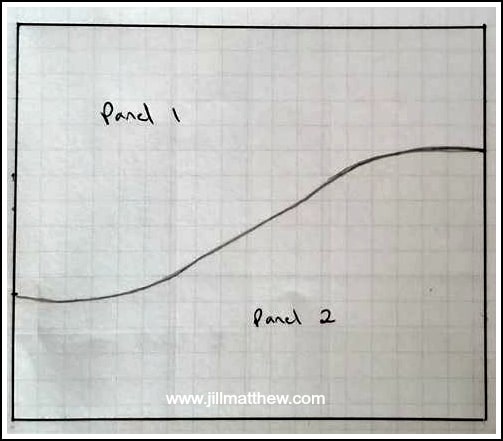 Yvette's choice of panel shapes
As I was tackling something bigger than I've ever made before, I decided to only use techniques from my tried and true arsenal. This way, the scale was the only new variable. The size also meant that it would need to be be two panels - they just don't make fusing compatible glass sheets big enough!  So, true to form, of the five panel options I gave her, Yvette went with the less conventional curved choice, and this actually helped by providing a base "shape" I could design to.  So a combo of texture, colour and brightness was underway! 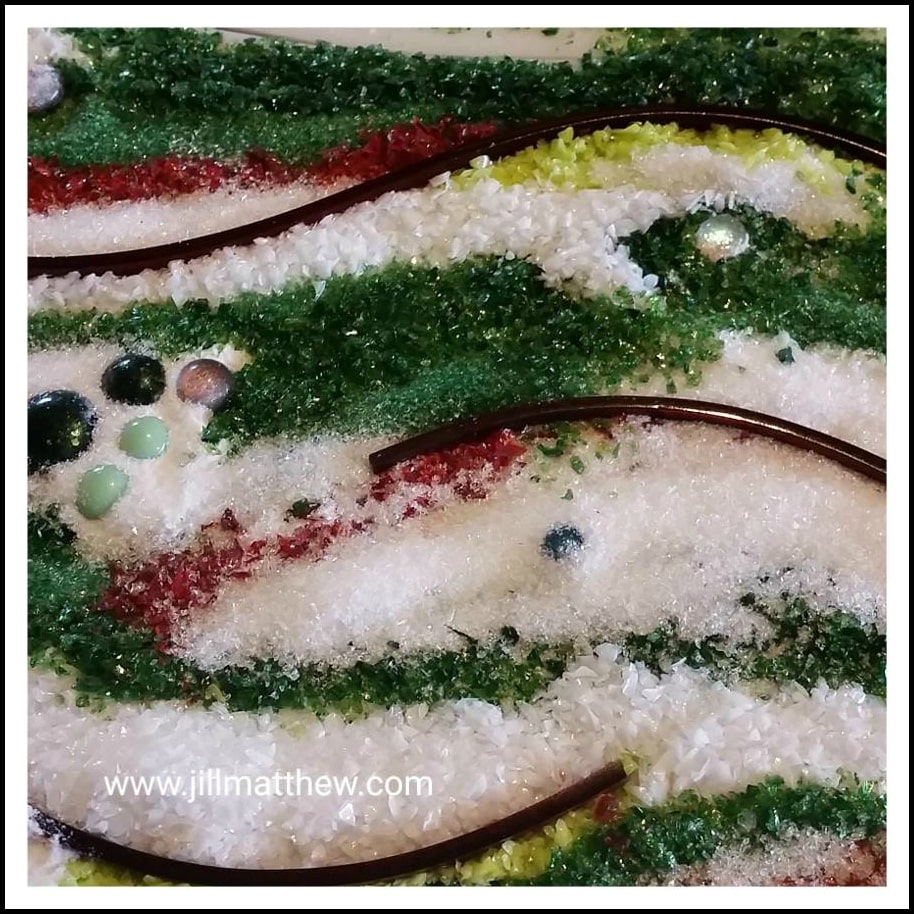 WIP shot
There should be a disclaimer when you undertake something as big and spendy as this, that if the artist is lucky enough to actually manage to sleep, that they dream about splashbacks...

Tune in next blog for The Day I Pimped a Stranger's Kitchen - Part Two!